Moved by His Episcopal Christian Faith, Reverend Charles Graves IV Uses Advocacy and Service to Right the Wrong and Help Those in Need 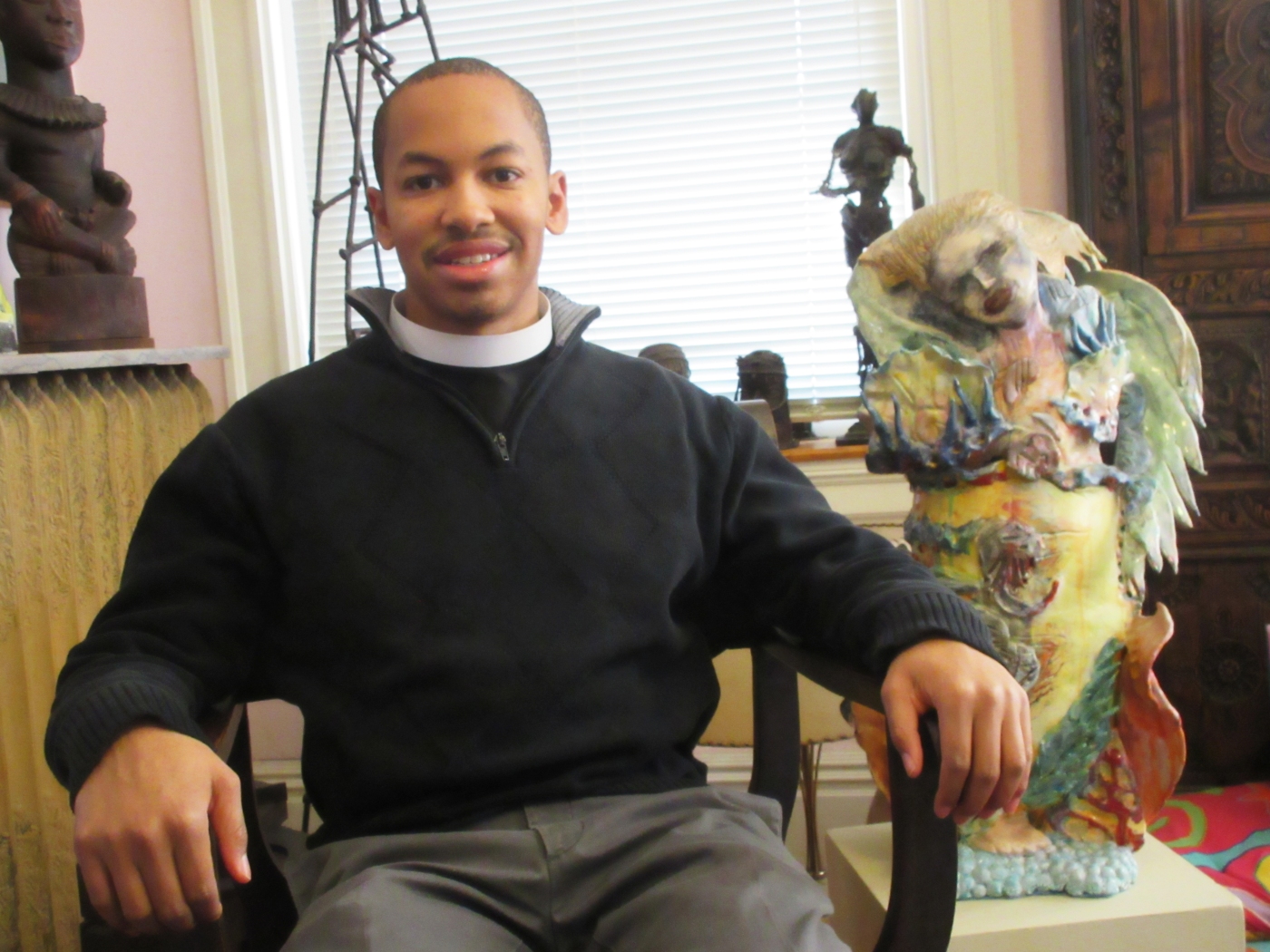 Reverend Charles Graves IV grew up, an only child, in a loving and religious family. He lived with his parents in a peaceful, upper middle class neighborhood of Baltimore, MD and attended regularly with them, St Thomas, an Episcopal church, located, however, in a dangerous and crime infested area in the center of the city.

“Every week i will go from an idyllic place to one where desolation and violence predominated, experiencing the pain, suffering and poverty of others,” says Graves.” This was, from an early age, my calling and at the center of my faith.”

Graves’ father, a city planner, will often talk to him of various city issues, particularly of those pertaining to poverty and the needs of the disadvantaged; and his mother, a professor of English and reading at a local college, of education, the support needed for those who cannot afford it, and the inherent inequality its lack creates in them.

His early awakening to peace and justice issues was reinforced by the Friends (Quaker) school that he attended and where anti violence and anti war protests were common and the notion of public service prevalent.

“There were frequent demonstrations in which parents, teachers and we, students, participated,” says Graves. “Around the invasion of Iraq, for instance, the school had a banner up in front of the meeting house at the edge of the major street in town. It rejected war, calling for peace.”

At his church, Graves was also exposed, and since the age of 3, to the teachings of bishop Michael Curry, the current presiding Bishop of the Episcopal church in the US, but then the pastor of St Thomas. Curry will always preach about the necessity of Christians to stand up for justice and peace in everyway, in support of the poor and the downtrodden, as per the Gospels and the example of Jesus. After Curry, and under his successor, the church will organize every Palm Sunday, at City Hall, with invited city councilmen/women and politicians, blessings and prayers for the poor, the homeless, the sick, and for the end of violence. The church also ran an after school program for neglected kids, a support home for the elderly, and several other activities for people in need. Graves would usually lend his hand to many of them in anyways he could.

In 2008, after graduating from high school and after a short summer internship at the City of Cincinnati where his father had recently relocated as Director of City Planning, Graves joined Hampton University, a small predominantly African American college near Virginia Beach, VA, to study political sciences. He felt then that, as a lay person, his vocation was to achieve public service to the community through involvement in politics and government; and that, as a legislator or a political officer, he would be able to implement broad changes and make a difference.

His years in college were ripe with activism for social justice. He was active in anti-racism advocacy and became president of the political action group of the College NAACP chapter. When the Affordable Care Act was being debated, he organized students to write letters to congressmen urging them to vote for it. And when, in 2010, the Governor of Virginia proposed to make April a Confederate history month, he also organized successful student efforts to oppose it. In the meantime he had also worked on various political and city council campaigns supporting politicians and causes he believed in, and after graduating from college, for senator Sherrod Brown in his Washington, DC office. All along Graves was very interested in political advocacy to push elected officials and politicians to do the right thing; however, his experience overall, and in particular in Congress, was disappointing.

“I found working in politics to be quite difficult, and the environment competitive, unhealthy and somewhat petty,” he states. “I realized that it was not my vocation, and that rather I was called to serve in the church.”

Graves prayed, reexamined himself and his feelings, spoke to various clergymen, and became encouraged to pursue his faith and deepen his knowledge of theology. He decided to apply to seminary.

Accepted at Yale’s Berkeley Divinity School, he quickly realized, within his 1st year of studies, that God was calling him to his ministry, and in his 3rd year the Episcopal bishop of Southern Ohio admitted him in the ordination process. Graduating in 2015 with a Master’s degree in Divinity, and not sure of what to do next, he joined the “Young Adult Service Core” program of the Episcopal Church and served for one year, abroad, at St Paul’s Within the Walls, in Rome, Italy. There he came in contact with a large population of Latinos from Peru and Ecuador, also with a large number of refugees, predominently Muslims, from Central Africa and Central Asia. These latter were seen and served at the Joel Nafuma refugee Center, run by the Episcopal church, the only such daytime center in Rome. Graves helped teaching them English, find apartments, get organized, and mostly discovered their humanity and their horrendous personal stories.

“These individuals were foreigners just like me,” says Graves, “and yet they had a totally different reality. They had been beaten up, tortured, had members of their family killed, had to face hunger and cold, to travel long distances across the sea… What they had to go through was unbelievable. It determined me to fight for their rights.”

Upon his return to Cincinnati, Graves was assigned to Christ Church Cathedral where he worked for a while with the homeless ministry, lead worship services, preached, and served in the Cathedral’s cafe, establishing a friendly and personal rapport with its various visitors. In June 2017 he was ordained transitional deacon and was reassigned to the Church ot the Advent in Walnut Hills. A year later (June 2018), he was ordained a priest, serving in the same church.

“It is a smaller community and the church is very devoted to the neighborhood,” he states. “We serve the poor, the hungry, all those in need. We operate a food pantry five days a week.”

Graves also preaches every Sunday, sits on the churche’s board, visits with the homeless, and is involved in many ministries around the city, in particular the Latino Ministry Commission of Southern Ohio. At the Episcopal ministry center in Price Hill, he tutors kids twice a week, connects with their parents – many of them undocumented immigrants – , translates for them, helps them fill out immigration documents, accompany them to court for hearings, etc. He also participates in protests and marches for immigrants, women and LGBTQ rights, for tax reform…, as well as remaining very active in political advocacy.

“I support many issues and groups and various causes,” Graves says, “but i have decided to devote my ministry and services to immigrants, to fighting racism and poverty.”

Being openly gay, Graves has also been all along very active in empowering the LGBTQ community and in fighting and advocating for its rights, and more recently helping students who are being bullied or who are just confused because of their sexuality.

Graves appreciates the diversity in people and the richness each of us brings to the world. He is committed to fight for everyone’s rights and well being irrespective of race, gender, age, socioeconomic status… It is in our differences that he sees our common strength. In fact, a text he loves and that he would like read at his funeral when the time comes is Paul, 1 Corinthians, in which St Paul speaks of all the parts of the body, different and diverse, yet coordinated, united and working together, necessary for each other, guided by the outside force of God.